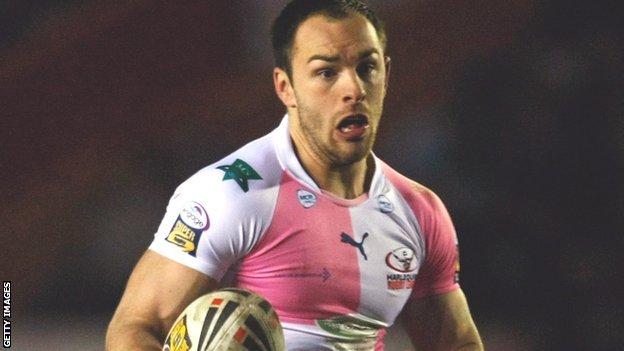 Gale, signed from Harlequins last July, suffered the injury in the crushing home defeat by Wigan on 19 February.

Bulls football manager Stuart Duffy said: "It's better he has the operation now to give him the earliest chance of returning to the side."

Bradford are currently eighth in Super League, with two wins and two defeats from their opening four matches.

Gale sustained the ankle ligament injury just nine minutes into his side's 54-16 loss to Wigan. But, after waiting over a week for the swelling to go down, a specialist has now recommended that he should undergo surgery.

Australian centre Adrian Purtell is sidelined for six weeks because of a chest problem, while back row forward James Donaldson faces six months on the sidelines after rupturing an anterior cruciate ligament in the 20-12 win at Castleford on 12 February.