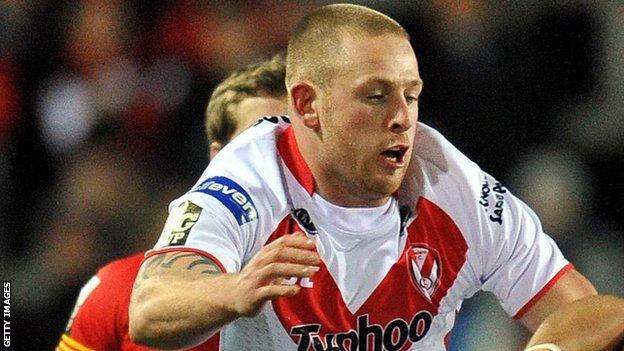 "Saints are my home town club," said Wheeler, now fully fit after a couple of injury-hit seasons. "I couldn't imagine being anywhere else.

"There is fantastic competition for places in the side at the moment and I'm looking forward to establishing myself long term."

Wheeler, who has started three of their four games so far this season, bagged a brace in last Friday night's last-ditch 34-32 home defeat by Catalan Dragons, taking his tally to 16 in 40 appearances since making his Saints debut in 2008.

"We have a fabulous crop of home-grown young players at Saints at the moment and Gary Wheeler is one of their best and brightest," said Saints chairman Eamonn McManus.

"It's great news that he has committed himself to his home town club."