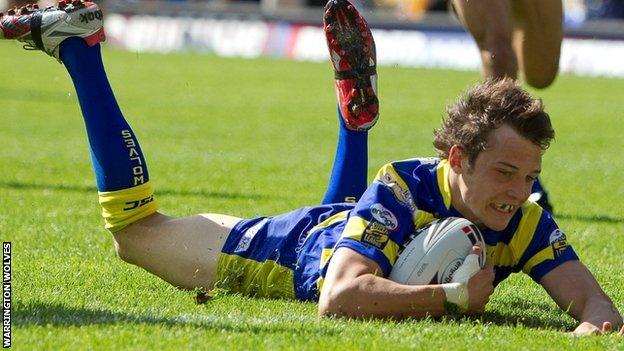 O'Brien, 20, was named player of the series for England's academy side against Australia Schoolboys in 2010.

He made his Warrington first team debut last May, scoring one of their 14 tries in the 80-0 Challenge Cup fourth round victory against Keighley.

"Gareth is an exciting talent who will add both depth and quality to our squad," said Widnes coach Denis Betts.

"Given the consistent form of Lee Briers, Richie Myler, Stefan Ratchford and Chris Bridge, he has found his opportunities limited at Warrington and I've no doubt he will relish the prospect of playing regular first team rugby at the Vikings."

O'Brien could feature for the first time in this Sunday's home date against high-flying north-west neighbours Wigan, alongside fellow new arrivals Cameron Phelps and Sione Kite.

Both are now available after a battle with red tape over visa problems but were kept waiting last Sunday and not included in Denis Betts' unchanged squad for the 36-0 hammering at Hull KR.