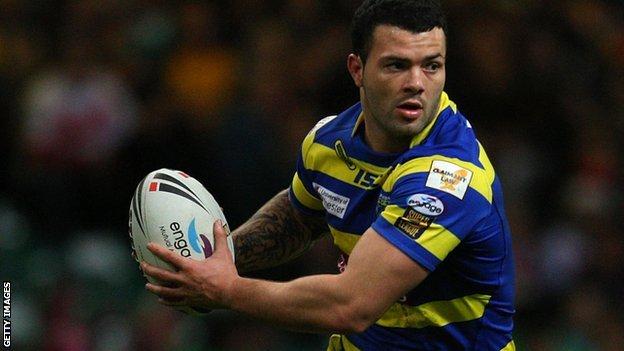 Warrington centre Chris Bridge faces a suspension from the Rugby Football League's disciplinary committee after being charged with a Grade B offence.

The England international was found guilty of illegal use of the forearm in the 23-10 victory over Bradford Bulls.

The 27-year-old could receive a possible two-match ban for the infringement on Ben Jeffries.

Centre Sa has been charged with a Grade C offence after alleged use of unnecessary pressure in a tackle on Wigan's Chris Tuson, in the French side's first defeat of the season.

Forward Ferres's Grade B charge relates to a dangerous tackle on Jay Pitts, in his team's 36-12 loss to champions Leeds Rhinos.

The trio will be notified of their fates by the RFL on Tuesday evening.