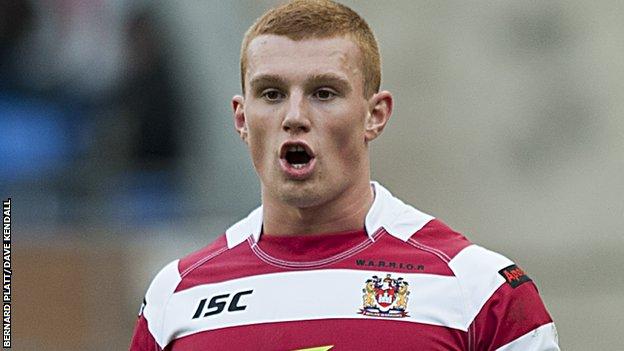 The 20-year-old has agreed a deal initially until 2014, with the club having an option to extend this for a further two seasons.

"We are delighted that one of the most promising youngsters in the English game has pledged his long-term future to Wigan Warriors."

Hughes is a product of the club's academy and spent time on a at Championship side Barrow Raiders in a dual-registration deal last season, before making his Warriors debut against the same team in the cup.

Primarily a second-row forward, the England youth international has featured at centre this season providing cover for the injured George Carmont.

Hughes added: "I am over the moon to know that I am going to spend the next few years of my career at my hometown club.

"I will continue to work as hard as I can and am looking forward to being a part of the club's future success under Shaun and Iestyn."