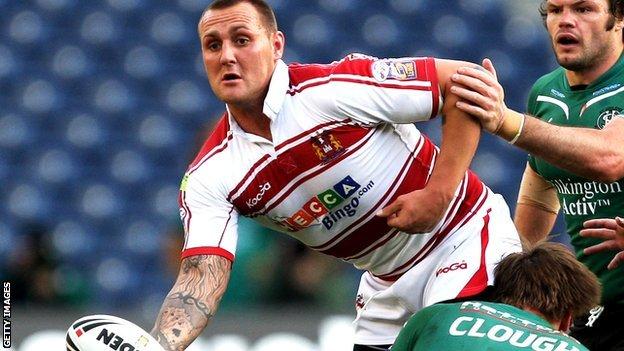 Wigan forward Gareth Hock has been called up to the England elite training squad more than two years after his last international match.

England begin their 2012 fixtures with two matches against the Exiles, before a series against France and Wales.

There were also places in the squad for Leeds Rhinos centres Kallum Watkins and Zak Hardaker and Wigan pair Josh Charnley and Lee Mossop, who were involved with the England Knights in 2011.

"Over the past 12 months we have made excellent progress throughout our international programme," said McNamara.

"We have two very exciting squads that can build on last year's efforts on reaching the Four Nations final.

"Our aim now is to retain the current crop of players and realise our ambition of winning the World Cup in 2013."