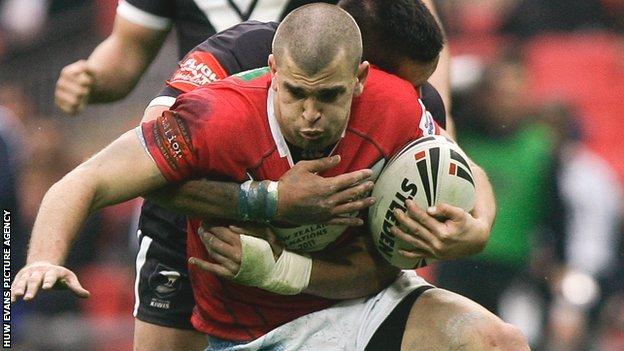 Bradford Bulls winger Elliot Kear has become the latest addition to the club's burgeoning injury list after breaking a bone in his wrist.

The 23-year-old three-quarter damaged his scaphoid in Saturday's Super League clash with Warrington.

Kear is expected to miss the next eight rounds of the competition.

"Coming on the back of the injuries to Luke Gale and Craig Kopczak this is a further blow to our squad," said Bradford manager Stuart Duffy.

"But we have other options in his position and will have to cope without Elliot for the time being."

On Monday the Bulls announced that prop Kopczak is out for six to eight weeks with a broken finger, while scrum-half Luke Gale is also out for two months with an ankle problem.