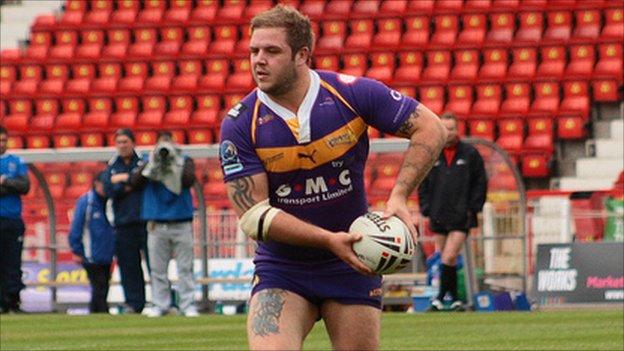 Gateshead captain Jason Payne has said the players are confident they can end the club's winless run in Championship One going back to March 2010.

Thunder have finished bottom of the division in the last two seasons, failing to win a game throughout the 2011 league and cup campaign.

"I'm not going to say we're going to finish in this position or win this many games," Payne told BBC Newcastle.

"But we want to be competitive and if we do that the wins will come."

Despite four defeats in the Northern Rail Cup, albeit two against Championship opposition in York and holders Leigh, Thunder have set their sights on promotion with the restructuring of the divisions taking place in 2013.

The expansion of the division, incorporating new clubs located in Hemel and Northampton, will take place.

"The marathon to reach the top four is on," head coach Kevin Neighbour told the club website.

"We will fight all the way with every other team to make the four but it certainly will be tough looking at the other results from the Northern Rail Cup."