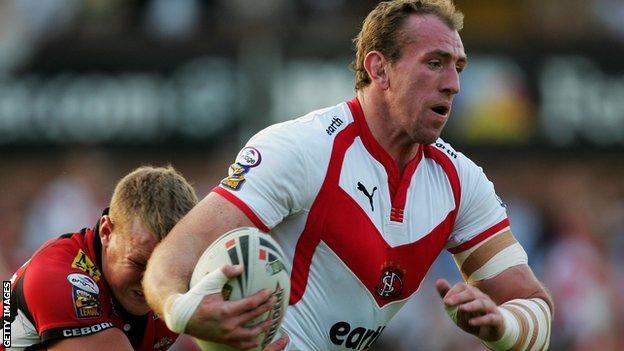 Former St Helens forward Nick Fozzard has confirmed his retirement from the game owing to a shoulder injury.

The ex-Great Britain forward won the Challenge Cup and World Club Challenge with Saints and became one of the most feared front-rowers in Super League.

He also played for Leeds, Huddersfield, Warrington, Hull KR and was in Castleford's Super League team in 2011.

Fozzard, 35, who was at Championship side Dewsbury this season, has a torn rotator cuff in his shoulder.

"I am gutted we have lost a player of this calibre," said Dewsbury coach Warren Jowitt.

"He would not have been back for nine months and is devastated his career has ended."