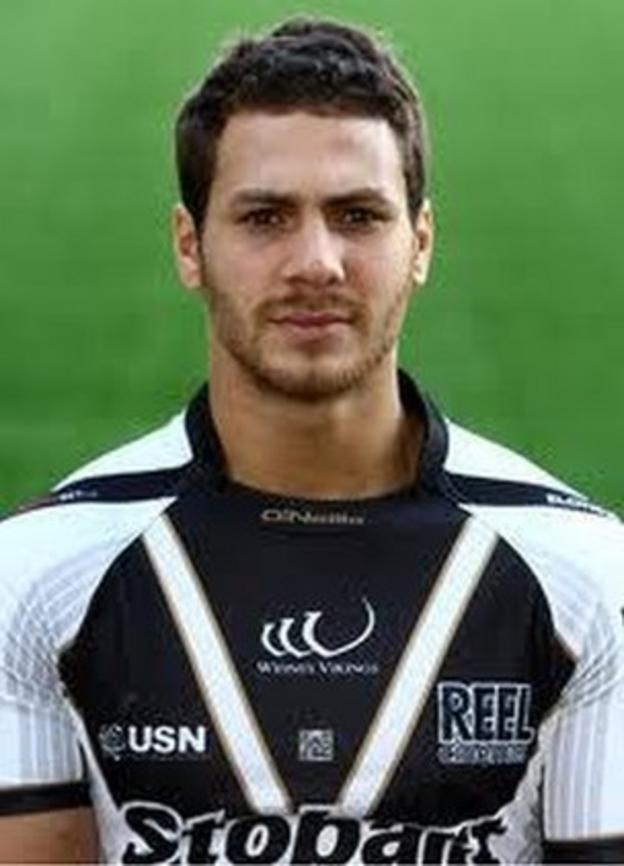 Widnes are off the foot of Super League after holding on to beat London Broncos in another Stobart Stadium thriller.

The Vikings made a great start, going 12-0 up inside five minutes with tries from Lloyd White and Chris Dean - and were still 18-6 up at the break.

Despite tries from Rhys Hanbury, Ben Davies and another from White, Broncos bounced back to tie it up at 30-30 with just nine minutes left.

Widnes had been tipped for a season of struggle back in Super League and so it seemed when they lost their first five games. But, after taking advantage of a weakened Wigan team a fortnight ago, their second win in three games was perhaps more impressive - and certainly more important, leaving Castleford bottom.

Widnes were without injured skipper Jon Clarke, vice-captain Shaun Briscoe and Anthony Mullally as well as Patrick Ah Van, Anthony Watts and Ben Kavanagh but they did have Ben Cross, Chris Dean and Scott Moore back.

The Broncos, missing Michael Robertson and Jason Golden, made a nightmare start when Dorn spilled O'Brien's kick, conceding a penalty from which White darted over.

O'Brien, on loan from neighbours Warrington, converted and then his neat kick bounced off the post for Dean to pounce.

We don't like to do it any other way do we? We are keeping the fans excited and on the edge of their seats

Craig Gower and Antonio Kaufusi then put Dorn over, Witt's conversion cutting the deficit to 12-6.

But the lively Hanbury shot past Matt Cook to extend the lead after Chris Melling and Gower had been held short and Widnes would have gone further ahead had Moore been able to take Hanbury's pass after another impressive burst.

The Vikings did manage to extend the lead to 18-6 at the break with an O'Brien penalty after Phelps was obstructed by Gower chasing his own kick. And London's hopes of that elusive first away win seemed to have been scuppered almost straight from the restart when Simon Finnigan's short pass put Davies over.

But Bryant powered over for the Broncos second try, converted by Witt, before Cross' sin-binning for obstructing Gower proved costly for Widnes.

Witt dummied his way over for a converted try to cut the gap to 24-18 before the Broncos drew level on 63 minutes when Colbon squeezed over in the corner, Witt booting the touchline conversion.

White then had a try disallowed by referee Richard Silverwood before his second try after slipping Colbon's tackle.

The lead was short-lived as Clubb's converted try made it 30-30 until Phelps restored the Vikings' advantage after taking Willie Isa's inside pass.

And, in another tense finish, O'Brien converted before landing a penalty when Clubb was sin-binned for a late challenge.

"We don't like to do it any other way do we? We're keeping the fans on the edge of their seats. We are panicking a bit at times and losing composure.

"But we're improving on the back of some beatings by good sides. Scott Moore gave us a lift off the bench and calmed us down when we were starting to falter. Lloyd White was also very good and is getting better all the time."

"Nobody expected us to get off the bottom this season but now we are away from that spot. We are making progress day in and day out and hard work is the key.

"Maybe the boys thought, after a win over Castleford and a good performance against Wigan, we would be good again. But it does not work like that and this defeat hurts.

"We could have won it at 30-30 but that is a ridiculous scoreline and I am more concerned about the start. We let them out of the blocks too quickly.

"Widnes had a really good go, ran hard and tackled strongly and were a bit better at that than us."