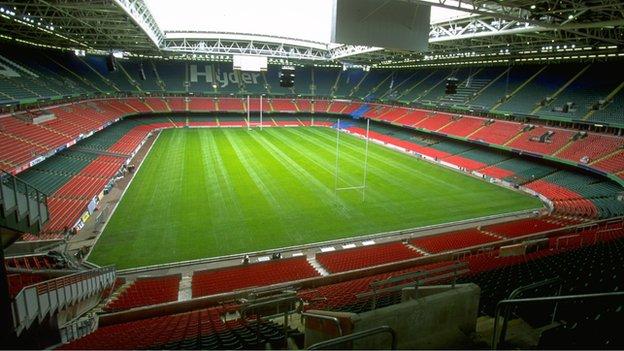 Co-hosts Wales will play the opening game on Saturday, 26 October against Italy in a cross-group match before England take on Australia in Group A.

The tournament will feature games in England, Wales, Ireland and France.

However, the venues for the semi-finals and final, which is scheduled for 30 November, are yet to be released.

Old Trafford, which hosted the last final in England in 2000, is favourite to stage the final again, with Wembley thought to be the likely venue for both semi-finals.

England's other group games against Ireland and Fiji will be played at Huddersfield's Galpharm Stadium and Hull's KC Stadium respectively, while Wales will play the United States in Wrexham and the Cook Islands in Neath.

Scotland will play their Group C games against Tonga and Italy at the new Pow Beck Stadium in Whitehaven, while Ireland will play Australia at Thomond Park in Limerick.

Holders New Zealand will play Group B games in Warrington, Leeds and France.

Warrington's Halliwell Jones Stadium and Leeds's Headingley will host quarter-final ties alongside Wrexham and the DW Stadium in Wigan.