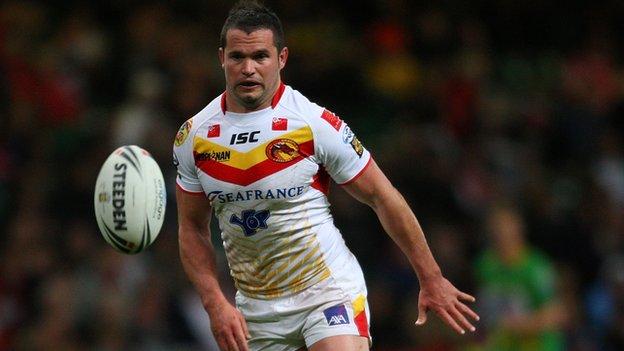 Catalan Dragons full-back Clint Greenshields is to leave the club at the end of the season.

The 30-year-old Australian has been a fixture for the Dragons since arriving from St George Illawarra for their second season in Super League in 2007.

Greenshields became eligible to represent France two years ago, but he has not yet played for them.

He is the first non-Frenchman to make 100 Super League appearances for Catalans.

The man from New South Wales earned a place in the Super League Dream Team in 2008.

And he is the club's top try-scorer in their seven-year Super League history, having run in 62 touchdowns in 119 Super League appearances.

"My partner and I have decided to move back to Australia at the end of the season to be close to our family," said Greenshields, who has missed the Dragons' last two games with a knee injury.

"It has been an extremely hard decision to make as I feel a part of me is French and I still have so many friends here.

"I wanted to let our coach Trent Robinson and chairman Bernard Guasch know early so they could find a replacement."