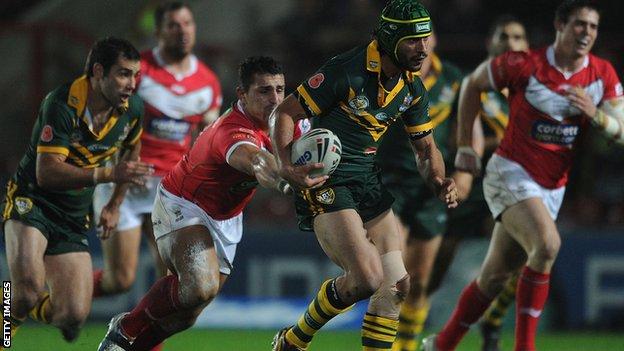 Wales have confirmed they will host games against France and England at The Glyndwr University Racecourse Stadium in Wrexham.

Iestyn Harris' side will face France in Wrexham on Saturday 16 June in Wales' first summer Test match since 2001.

Later in the year Wales will face England at the Racecourse on the weekend of October 27-28 in the International Triangular Series.

The previous weekend Wales will face France in the competition in Perpignan.

The Series final will be held on the weekend of November 10-11.

"To be able to put on a mid-season test shows a bit of progression to where we've come as we've not been in the position to do that in years gone by," said Harris.