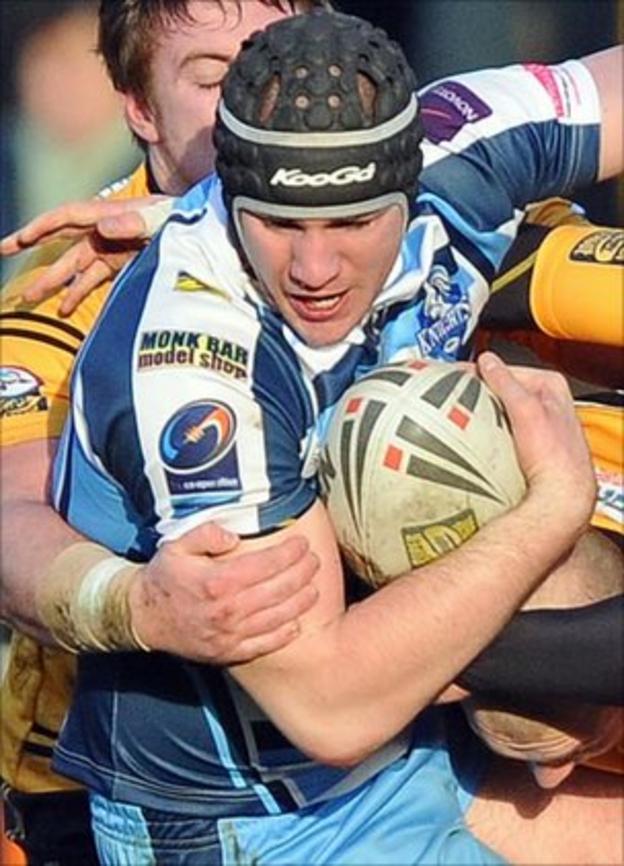 York City Knights have signed prop forward Nathan Freer until the end of the 2013 season for a second spell with the club.

The 23-year-old joined Featherstone Rovers in the close season after spending two seasons at York.

Coach Chris Thorman said: "We never wanted to lose Nathan but we respected his decision to join Featherstone.

"We are delighted to welcome him back as he is a fantastic player as well as been a top professional."

Thorman added: "We know he will fit in well with the ethos we have at the club and I am looking forward to working with him again."

Freer was the Knights' 2011 Players' Player of the Year.

He signed for the club in 2010 from Hull FC and has also spent time in the Championship with Doncaster.

Freer is available for York's Championship game at Leigh on Friday.