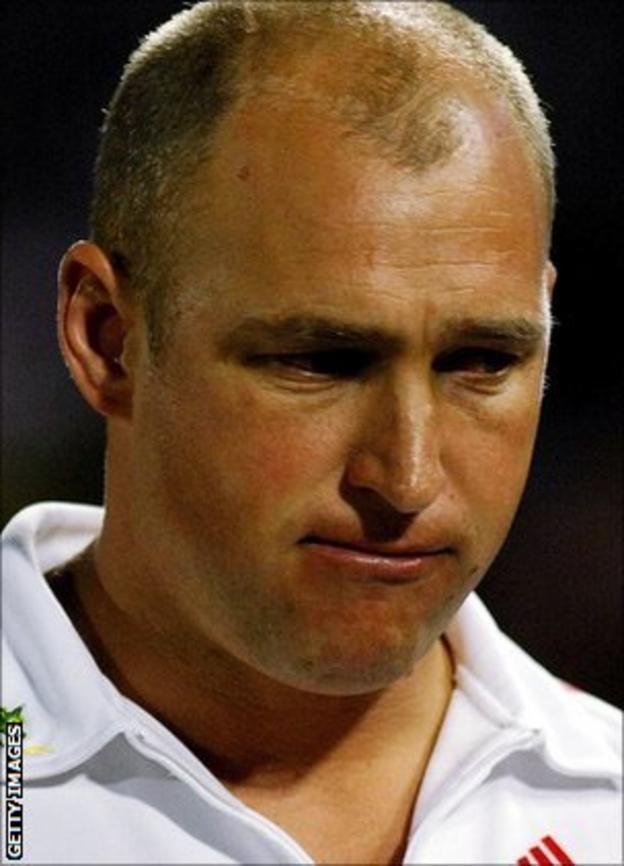 Nathan Brown will become the new head coach of St Helens when his contract with Huddersfield Giants expires at the end of the season.

The 38-year-old has agreed a three-year deal to replace Royce Simmons, who left Langtree Park on 19 March.

"They are a great and historic club and continuously associated with success," said Brown. "I'm relishing the challenge for next season onwards.

"That said, this season is all about Huddersfield Giants for me."

He added: "It's good to get this announcement out of the way so that I can concentrate totally on the job at hand."

Brown is in his fourth season at Huddersfield, who sit top of the Super League after seven wins from their opening nine matches.

No real surprise - but a blow to Huddersfield, whom Brown had told he'd be returning to Australia once his contract expired.

An exciting and highly-rated coach with an enterprising, expansive brand of rugby league very much in the St Helens mould. The 38-year-old shelved his plans to go home as Saints sacked Royce Simmons after their worst ever Super League run.

Brown then appeared nailed-on for the job after former coach Daniel Anderson ruled himself out. Saints haven't lost since, while the Giants top the Super League, transformed from underachievers to real contenders by the Australian.

The appointment of Keiron Cunningham alongside Brown will also be very well received by Saints fans.

He had been expected to return to Australia, where he had previously coached St George Illawarra Dragons in the NRL, at the end of the 2011 campaign.

However, to his contract to keep him at the Galpharm Stadium.

St Helens chairman Eamonn McManus said: "We are extremely pleased that Nathan will be joining us next season.

"I believe he is ideally suited for the Saints, both with regard to the way we want to play and as to what we aim to achieve in terms of success.

"He is still a relatively young coach but already has pedigree and experience gained over many years as a head coach at the highest levels, both in the NRL and in Super League."

St Helens are currently seventh in the Super League table, having beaten Leeds and Warrington in their two matches under Mike Rush and Keiron Cunningham.

Simmons, who led Saints to the Grand Final in 2011, was dismissed after four straight defeats, culminating in a 12-8 loss at Bradford on 17 March.