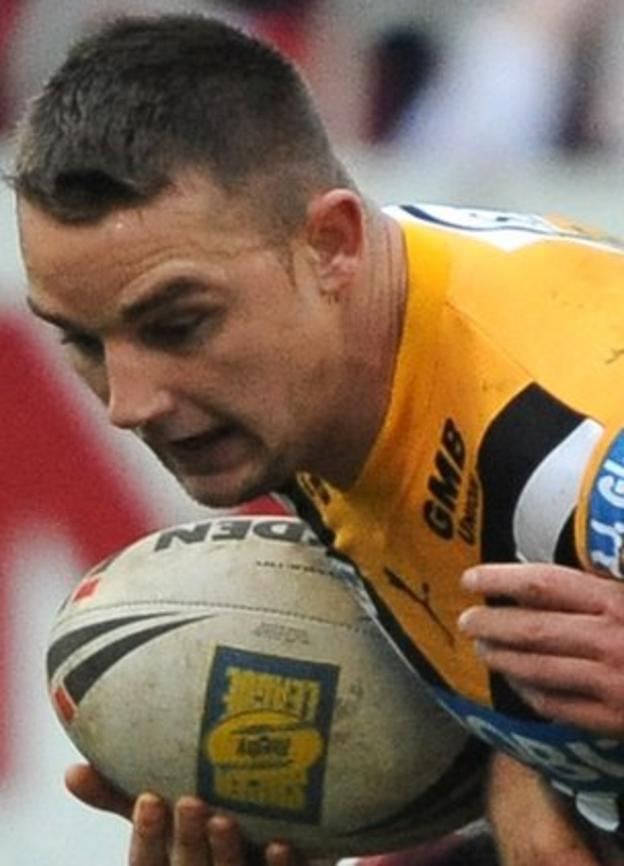 Grant Millington, Steve Snitch, Brett Ferres and Oliver Holmes got the other tries as Cas claimed only their third win of the season.

Kirk Dixon landed five kicks out of six for the visitors as they built on their morale-boosting success over Hull KR with a compelling derby victory over a Wakefield outfit who had improved on their abject display in the defeat at London Broncos.

Chase was involved in all but one of the Tigers' six tries, helping the visitors build on an eight-point interval lead with three tries in the second period. before Wakefield grabbed a late consolation effort.

The Wildcats drafted Kyle Trout into the side in place of Danny Kirman, who had pulled up in training with a calf strain.

But, after surviving an early scare, Cas opened the scoring, Chase sending Owen in through a huge gap from five metres out, Dixon adding the extras.

Wakefield hit back when Cockayne raced 50 metres and, from the territory gained, the ball was swept wide for stand-off Isaac John to feed centre Paul Sykes, whose reverse pass gave Fox the chance to race over.

But Sykes was unable to add the extras, and the Tigers hit back with two tries in three minutes to establish a 14-point lead with only five minutes of the first half remaining.

Owen claimed the first, scorching in at the corner from a Chase pass, before substitute Millington crashed over from a short ball by prop Nathan Massey.

In-form kicker Dixon added both goals, but the Wildcats ensured that the contest remained alive at the half-time hooter when Sykes zipped over from close range, adding the kick to reduce the deficit to eight points.

Castleford then started to stretch clear within seven minutes of the resumption, a smart ball by Chase putting Ferres through a gap before second row Snitch popped up on the centre's inside to romp in from 10 metres, Dixon maintaining his 100% record with the boot.

Ferres then pounced on a Chase kick in the 64th minute, Dixon this time firing wide, before second row Holmes was next over the whitewash, courtesy of Chase's timely pass, Dixon closing his side's account with the conversion.

But Wakefield did at least have the final word with a breakaway try by substitute Wood converted by Sykes.

"I'm obviously disappointed that we lost a derby match to our nearest rivals. It was an improved effort individually, but we struggled too often to get out of our own half.

"I have to give credit to Castleford. Their defence was very good. Our execution, in attack and in defence, didn't match what we have been trying out on the training field.

"Some individuals showed an improvement on the display in London, but injuries are costing us. I don't think we've gone through a game yet in which we've not lost an 'edge' player."

"It's good to get back-to-back wins, especially in derby games. We played well in defeat against Hull a couple of weeks ago, and improved on that with the victory over Hull KR seven days ago, so we're heading in the right direction.

"In derby matches, you have to be patient and composed. The side that shows patience usually gets the rewards. Local games such as this can create an extra anxiety and that can affect your performance, but we handled it well.

"I was very pleased with Johnny Walker, and I'm delighted he's agreed his new deal with us. Our front row was outstanding and that's with Craig Huby and Paul Jackson to come back."