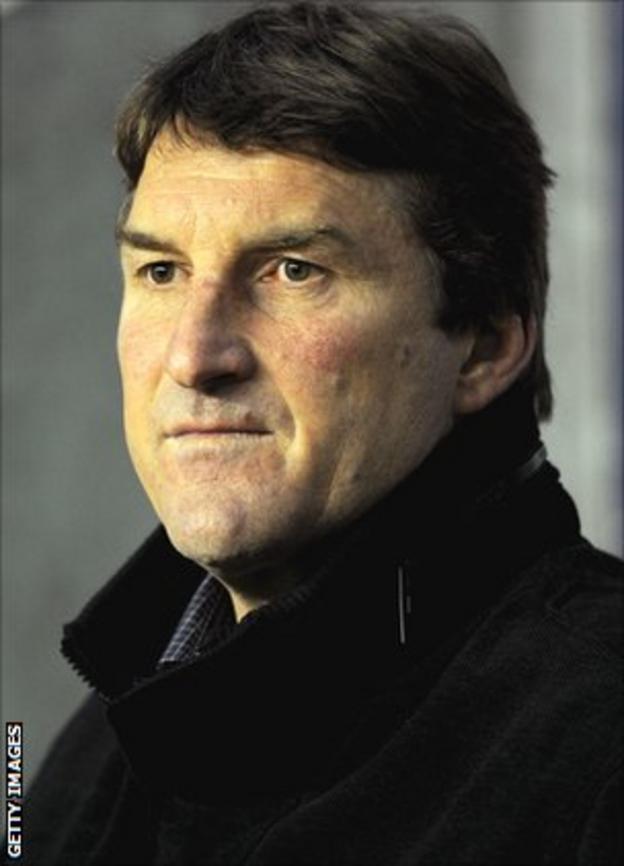 Warrington coach Tony Smith believes the Wolves are putting themselves under pressure with slow starts to games.

The Wire conceded three tries in the first 15 minutes of their 26-18 home defeat to St Helens on Friday.

"We're causing a lot of pain for ourselves in the start of games and that's putting us behind the eight-ball," Smith told BBC Radio Merseyside.

"We need to start a bit better and smarter, but we are trying hard. There's no doubt about that."

The loss to Saints cost Warrington top spot in the Super League table, a position they will reclaim if they beat bottom club Widnes on Thursday.

"Whether they're struggling or not, we are a little bit ourselves and we need to put some things right, regardless of who we're playing," continued Smith. "We're a little frustrated at the moment with our performances."

"I've been in a team that's been promoted and it's tough to get that consistency," Smith said. "That's what you're looking for but it's difficult to get hold of it when you're starting out.

"It's hard for Widnes to get that in their initial year but they've had some good performances.

"There are a lot of teams that will go to the Catalans this year and come back on the back end of a hiding unless they play particularly well.

"This being a derby game, we know they're going to be at their very best against us.

"They'll be full of energy because it means a lot to the supporters."