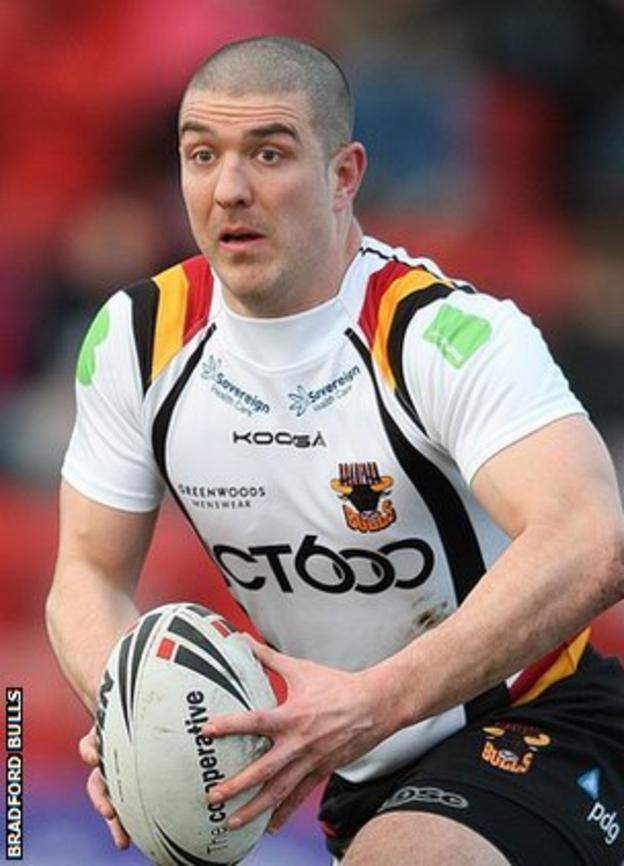 "It's a scary situation. As a sportsman you can feel sheltered from the economy at times," he told BBC Radio Leeds.

"We've got bills to pay and families to feed. From an individual point of view we don't earn footballers' wages, we can't afford to miss a month's wages."

He added: "Everyone's been buoyed by the reaction of people connected to the club. A Super League without the Bulls would be a weaker place.

"Seeing the reaction of people pledging part of their salary to keep the club alive is very humbling."

Bradford host local rivals Leeds Rhinos on Friday in what could potentially be their final game at Odsal.

Ex-Bulls player and current England captain Jamie Peacock has urged Rhinos fans to make the trip to try to boost the club's coffers.

And Diskin echoed his former Rhinos colleague's sentiments: "To come out there with potentially one of the best atmospheres and the biggest crowd the club has had in years will be unique and will go a long way towards securing the club's future.

"I hope that it's not just Leeds and Bulls fans there but other rugby league fans come along too.

"The fans that come won't just be making a great donation but they'll be witnessing some fantastic rugby too."

The Bradford Bulls chairman Peter Hood has pleaded with fans to continue pledging to keep the club alive.

"There's some people on the sidelines waiting to see what happens before they pledge, we really need them to get on board," he said.