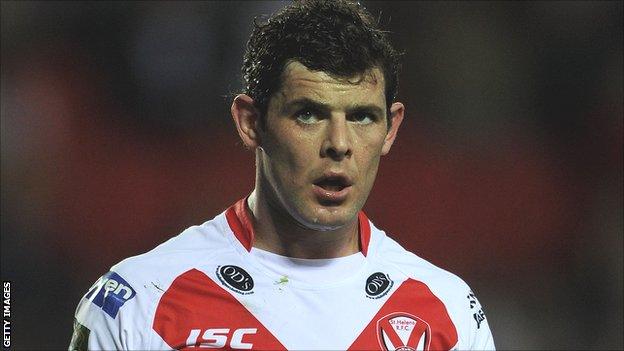 St Helens full-back Paul Wellens has thanked Lee Briers for his support in trying to overturn a one-match ban.

Wellens was handed the suspension for a dangerous throw on the Warrington man during Saints' 28-16 win on 30 March.

Wellens tweeted: "Want to thank @briers6 for writing a letter to RFL disciplinary in my defence, stating that there was no malice or intent."

The 32-year-old ultimately lost his appeal, meaning he will miss the Super League game at Wigan on Friday.

Adam Laffranchi will also be suspended for the match at Langtree Park after also being found guilty of a Grade B offence in the same fixture.