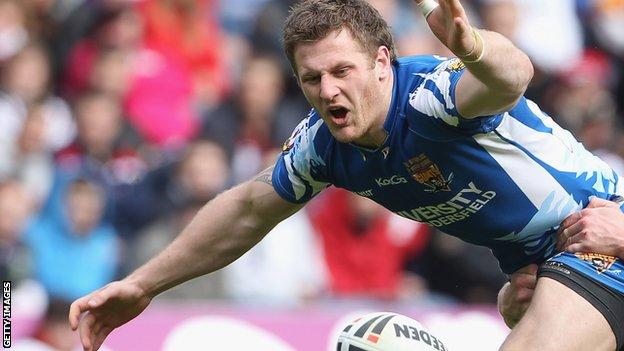 Huddersfield's Larne Patrick has committed his future to the club by signing a new deal to keep him at the Giants until the end of 2016.

The 23-year-old prop has scored 16 tries in 68 appearances for the Giants.

Patrick, who began his career at Bradford Bulls, arrived at the Galpharm in 2008 after a spell in Australia.

Huddersfield managing director Richard Thewlis said: "Without a doubt Larne is one of the most explosive and exciting players in the competition."

Patrick added: "The club's going forward, we want to be winning things and the focus is on achieving that.

"Into next season, I'm looking forward to working with Paul Anderson as head coach.

"He's been working under Nathan Brown now for a few years but he'll have his own ideas and the players believe in him and I think he'll do a great job."