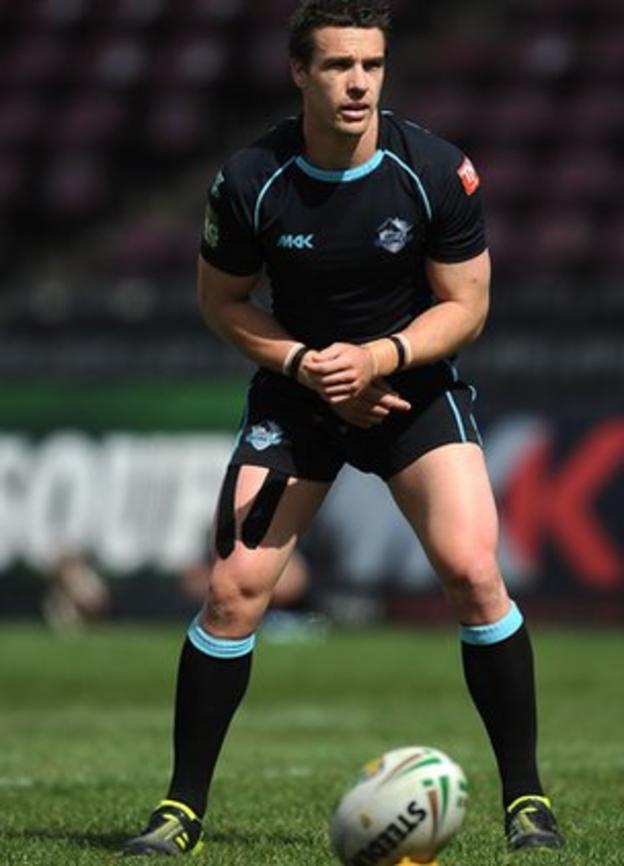 Michael Witt enjoyed a 22-point haul as London Broncos hammered Dewsbury to reach the last 16 of the Challenge Cup.

Witt ran in two tries, one of four Broncos players to bag a brace, his feat being emulated by Kieran Dixon, Jamie O'Callaghan and Chris Bailey.

Winger Jermaine Akaidere came up with Dewsbury's response just past the hour.

Dewsbury's Dwayne Barker and Luke Blake were both ruled out of the fourth-round tie by knee injuries sustained their injuries during their Championship clash with Featherstone Rovers.

And, although there were less than 1,000 there at The Stoop to see it, the visitors proved no match for a merciless Broncos outfit, who cast aside their poor Super League form to punish the part-timers with 13 tries.

Having failed to progress past the fifth round since 2007, Broncos coach Rob Powell is now eyeing a trip across London to Wembley in August.

"It has been a long time since this club had a good cup run.

"With the Challenge Cup, you get a couple of wins and suddenly you are in the semi-finals.

"We had nine Londoners out there today and they know what a good run would mean to the club.

"We have to be realistic. It was always going to be difficult for us to come here and get a result.

"We are not a Featherstone, somebody who can steal a result against a Super League team.

"We had a young side out there and I thought we had a good crack.

"The league is obviously the more important competition for us and hopefully scoring a try near the end will give us that bit of confidence to take forward."