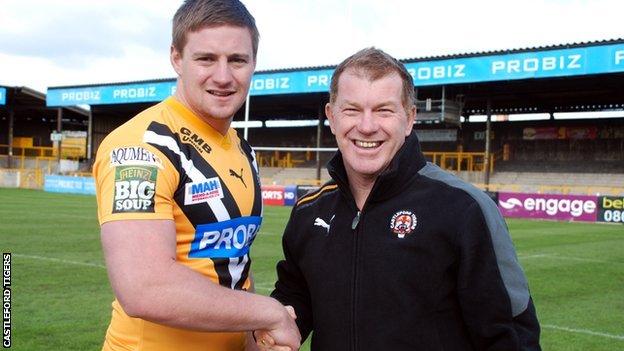 Castleford forward Jacob Emmitt has agreed a new two-year deal with the Super League side.

The 23-year-old has been an ever-present for the Tigers this season having joined from Super League rivals St Helens in 2010.

"It's a big plus for the club moving forward and for the season."

Emmitt added: "It's great to be here, I'm really happy it's all done and dusted.

"This season is still in our own hands and we're hopefully going to make the play-offs by ending the season strongly and hopefully by Saturday night we'll be in the next round of the Challenge Cup."