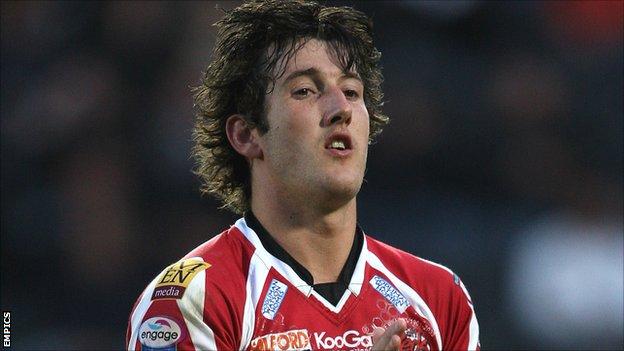 Injured stand-off Stefan Ratchford is confident that Warrington's patchy form will improve in the coming weeks.

The Wire have won three and lost three of their last six Super League matches.

"If we're not winning by 60 or 70 points every week, it's like there's a crisis going on," Ratchford told BBC Radio Manchester'sRugby League Extra.

"I'm sure that, in the next few weeks, we'll knuckle down, get our completion rates up and we'll throw a few big performances and wins out there."

Warrington face Keighley in the fourth round of the Challenge Cup on Sunday.

Former Salford man Ratchford, 23, is currently recovering from a shoulder injury and believes he is on schedule to return to action by the start of June.

"Hopefully I'll be back within the next six weeks," he said.

"The injury was a bizarre one. I took a tackle in the Leeds game and took a bit of whack. I had a scan on the Monday and went for the operation on the Tuesday.

"This is my first long-term injury and it's frustrating. It's just a case of doing the best rehab I can, seeing the physio and getting back as soon as possible."