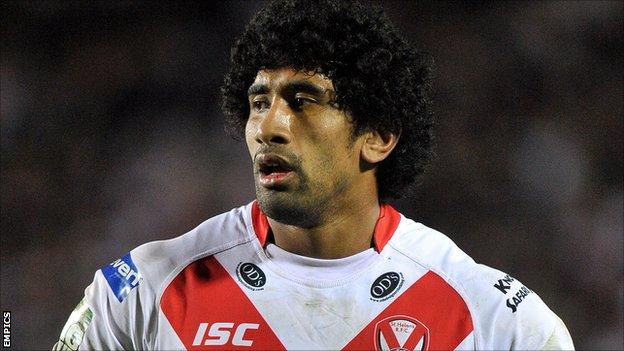 New Zealand international Sia Soliola has agreed a three-year extension to his contract at St Helens.

The 25-year-old, who can play at centre or second row, has made 43 appearances for Saints and will remain at Langtree Park until 2015.

"There was never any doubt that I would sign for the Saints," said Soliola. "I have enjoyed my time at the club.

"We have a lot of strength in depth at Saints and I'm sure we will be challenging on all fronts this year."

Soliola joined St Helens from Sydney Roosters and made his debut at the start of the 2010 season, but injuries ruined his first year in Super League.

He returned from ankle and knee problems to help Saints to the Grand Final in 2011, where they were beaten by Leeds.

"We are delighted to lock down Sia to a long-term deal," said Saints chairman Eamonn McManus. "He has been one of our standout performers this season.

"He is a proven international and, alongside some of the fantastic products from our famed academy, will form the hub of the side for many years to come."