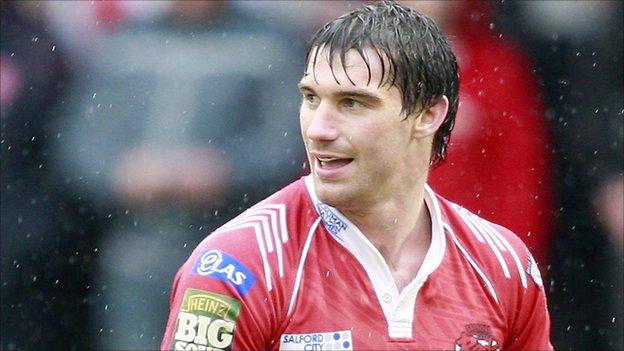 Although goalkicking stand-off Marc Sneyd racked up 26 individual points, Gailer was most impressed with Smith's movement of the ball around the field.

"Every time we got caught short left or right he knew exactly where to go to and had plenty of runners."

He added: "They kept their shape from sideline to sideline, they didn't bunch like teams at our level do, they keep their shape and wait for the opportunity.

"It's the only place we let ourselves down really, we scrambled a lot on our right side defence, we got caught out a few times and paid the penalty.

"But full credit to our guys, we handled Iafeta Palea'aesina, I don't think he made a break all day, in fact we handled everyone but for a handful of their elusive backs."

Gailer, who took over from the departed David Seeds during the winter pre-season, has won two and lost two of the first four league games so far this season.

The mood at the Recreation Ground was not helped by a disappointing Northern Rail Cup group stage performance that saw them win just one of four matches.

However the former Queensland academy-grade coach believes Sunday's display has boosted morale throughout the club.

"The fans were back here today and we gave them something to clap," he continued.

"We set our to improve our discipline and our completion - we gave away four penalties, had a completion rate of 90%, and we put 18 points on a Super League side.

"We set ourselves some goals and today we did something positive, and the mood with the players in the dressing room is pretty good."