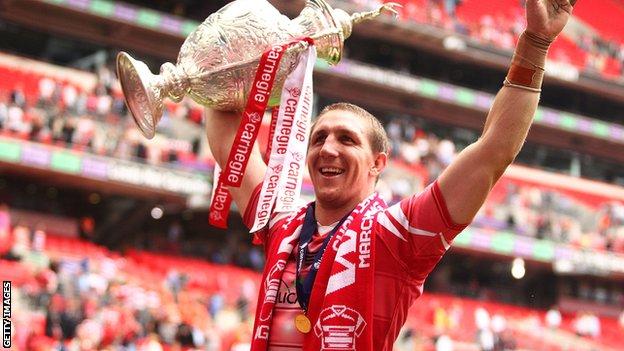 Featherstone Rovers' reward for shocking Castleford Tigers in the Challenge Cup is a home tie with champions Wigan Warriors in the fifth round on the weekend of 27-29 April.

Featherstone boss Daryl Powell was delighted with drawing the current holders after his side's win over Castleford.

He told BBC Radio Leeds: "It's a fantastic draw. It keeps the profile of the club up and it's a brilliant opportunity.

"We want to challenge them and if we can do that we'll do ourselves the world of good.

"I think we'll need to try and dictate the game there's no doubt about that. We're a good rugby league team and we'll try and put them under pressure."

One fifth round tie, yet to be confirmed, will be broadcast live by BBC on Saturday, 28 April.