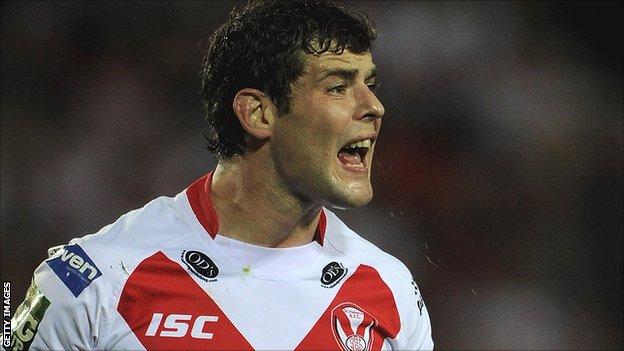 Oldham Roughyeds have confirmed their Challenge Cup tie against St Helens has been switched to Langtree Park and will be played on 27 April.

The club confirmed on Monday the tie would be moved due to worries about facilities at their home ground.

"St Helens have been really good in working with us to maximise the occasion for the benefit of our club."

Speaking to the official club website, he added: "It's a big opportunity for the Oldham club to get some money into the coffers.

"In the current economic climate, it's an opportunity we have to try to maximise, as every other club would given the chance."

All eight fifth-round ties are due to be played on the weekend of 27-29 April.

Oldham, the only remaining Championship One club left in the cup, made it through to the last 16 with a 26-14 win over Barrow.

"It was a really good performance to get through to this round," added Hamilton. "You're looking for that big tie to make some money and from our perspective we're very happy."

St Helens, meanwhile, saw off a late fightback from Super League strugglers Widnes to triumph 40-38 at the Stobart Stadium.

Captain Paul Wellens told BBC Radio Merseyside there were few positives to take from the match.

"We're in the next round but our second-half performance is not what we're about and it was a lucky escape in the end," said the full-back.

"Adam Smith's grandfather passed away the night before the game, and for him to step up and show the character he did was an amazing effort.

"Josh Jones is also doing great. He's looking like a player who belongs at this level so we're excited about him for the future.

"He'll be the first to admit he's got plenty of improvement in him, but the early signs are there."