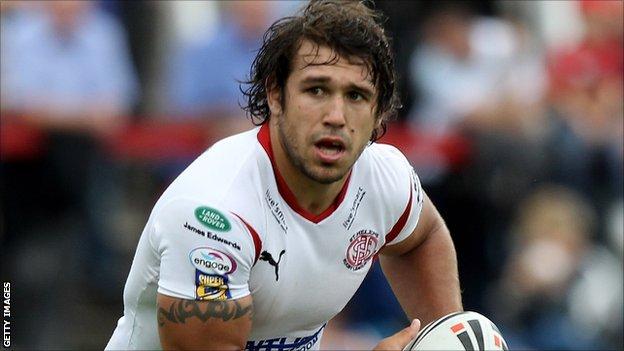 Huddersfield Giants have signed hooker Scott Moore on a deal until the end of the season.

The 24-year-old was sacked by Widnes last week for an unspecified breach of club discipline.

Moore, who joined the Vikings from St Helens in the winter, had a loan spell at the Galpharm earlier in his career.

Moore is the youngest player to have appeared in Super League at the age of 16 years and 213 days, having made his debut for St Helens in a 27-18 defeat to Wigan in 2004.

Giants boss Nathan Brown said: "Scotty was great for us in my first year here and it will be good to get him back into our environment.

He added: "He has had a well-documented path since and this is a great chance for him to start afresh in a new town and team.

"He will be very warmly welcomed by us as we know the attributes that he can bring to our team."

Meanwhile, forward Jacob Fairbank has agreed a contract extension until 2015.

Fairbank, 22, is currently out with a wrist injury but should be available for selection from early May.