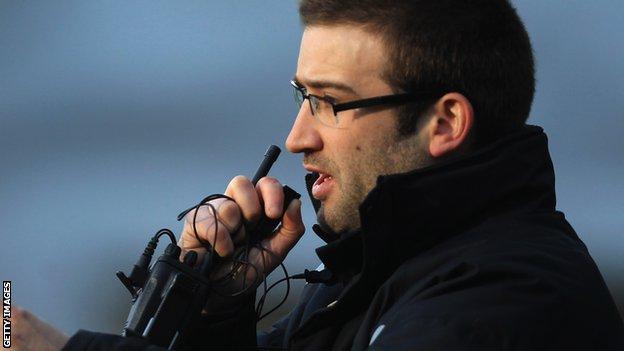 London Broncos head coach Rob Powell is confident he can steer his side away from the wrong end of Super League.

The Broncos have won two of their opening 11 games and currently sit second bottom of the table.

He told BBC London 94.9: "I know we've got a strong group of good people who want to improve.

"We've clearly done things at times that've not been good enough, but no-one's jumping out of the ship. We know what we need to do and how to fix it."

He added: "As a group we've been pretty strong and solid in being united.

"It's maybe not always been represented in the way we've played and we've got to address certain little things.

"The margin of failure and success is so minute in our sport."

The Broncos moved into the fifth Round of the Challenge Cup on Sunday, beating Dewsbury 72-4 at the Twickenham Stoop. and face Championship side Batley Bulldogs in the next round.

Despite the margin of their victory at the weekend, Powell knows his players have to improve after conceding.

"We've had a big problem with shipping points," he continued.

"The kick-off and the break off the kick-off isn't good enough. I know players will be talking about it.

"We've got to make sure we are strong on those times after tries, which is something we've put a lot of energy into doing."