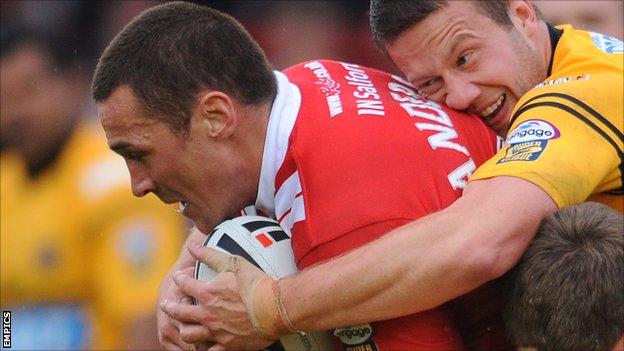 Salford City Reds' Vinnie Anderson could be out of action for up to eight weeks with an elbow injury.

The 33-year-old back-rower suffered the injury during the 18-10 home defeat to Hull KR on 9 April.

A Salford club spokesman said: "Vinnie has had investigative surgery after hyper-extending a ligament.

"He also has a potential small fracture which has shown up on the scan but the physio is quite pleased with how it's gone so far."

The New Zealand international is in his second season at Salford after joining the club from Warrington.

Phil Veivers' side, currently 10th in Super League, defeated Whitehaven 58-18 in the Challenge Cup on Sunday to set up a fifth-round tie at home to Leeds Rhinos.