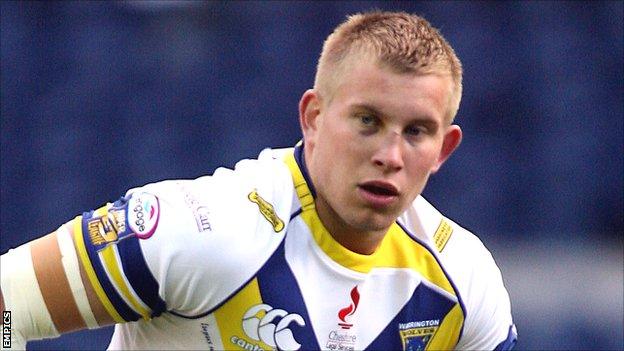 Warrington's Mike Cooper believes Castleford will be desperate to bounce back from their shock Challenge Cup exit when they face the Wire on Sunday.

The Tigers suffered a 23-16 defeat to Championship side Featherstone.

"After their disappointment in the Challenge Cup, they're going to be after a big performance," forward Cooper told BBC Radio Merseyside.

"But we need to get some performances together and we've got an opportunity to do so in the next few weeks."

Warrington are fifth in Super League, three points behind leaders Huddersfield, despite some inconsistent performances that have seen them win three and lose three of their last six league outings.

Cooper continued: "We put a lot of pressure on ourselves, and the fans and the media expect us to do well.

"We've played the top teams in the competition, we've played most of them away, and we're still up there in the top four or five.

Castleford will be without Rangi Chase for the game at the Halliwell Jones Stadium.

He was found guilty of striking Featherstone winger Tangi Ropati during the Tigers' Challenge Cup loss on Saturday and has subsequently been banned for three matches.