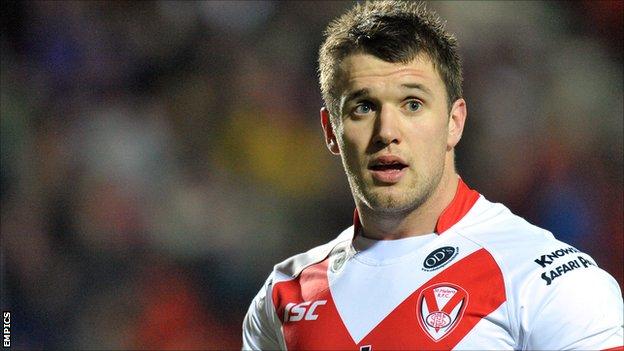 Forward Paul Clough has set his sights on earning a new contract with St Helens before the end of the season.

The 24-year-old, who reached 150 appearances for Saints against Widnes on Friday, is approaching the end of his current deal at Langtree Park.

"I want a new deal at Saints," Clough told BBC Radio Merseyside. "It's my hometown club and I want to stay.

"I'm not saying I've done enough, but hopefully by the end of this year I'll have done enough to earn a new deal."

He added: "You want to show that you've got worth to the squad and the team and I think that's what I'm proving at the moment."

Clough made his Super League debut for Saints as a 17-year-old and insists he will not be too sentimental about reaching his latest landmark.

"It was nice to get there but it's just one milestone," said Clough.

"But at this moment in time, I just want to get picked next week and make it 151 games."

Saints face Widnes again in Super League on Friday, having knocked the Vikings out of the Challenge Cup in their previous outing.