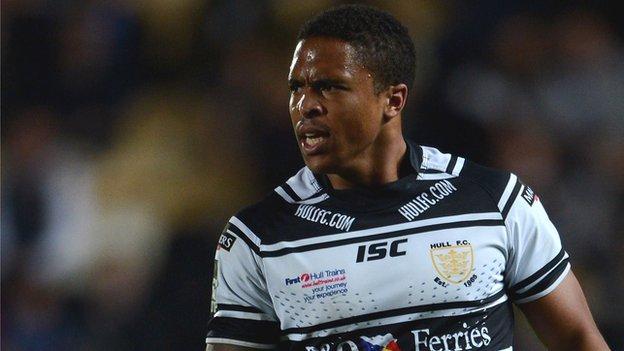 Hull FC director of rugby Shaun McRae says the club are looking to reward Jordan Turner with a three-year deal.

The 23-year-old stand off has made eight appearances for the Black and Whites this season and is coming to the end of his current contract.

"We offered him a deal several weeks ago and it's been an ongoing process since," he told BBC Radio Humberside.

"He's been offered a three-year deal to reward him for his services to the club and development in the game."

He added: "I don't know if there's interest in him from other clubs. He's a player who is coming out of contract and we would love to retain his services.

"We've made him a very good offer and we'd like to think he'd remain a Hull FC player."

Turner is one of a number of Hull players who are coming to the end of their contracts at the club.

Another player in a similar position to the former Salford City Reds man is Tonga forward Willie Manu and McRae believes that situation will be concluded this week.

"It's getting closer to a resolution. It's been very protracted because it's been going on for a couple of months now," he continued.

"I would hope that it is sorted by the end of this week."