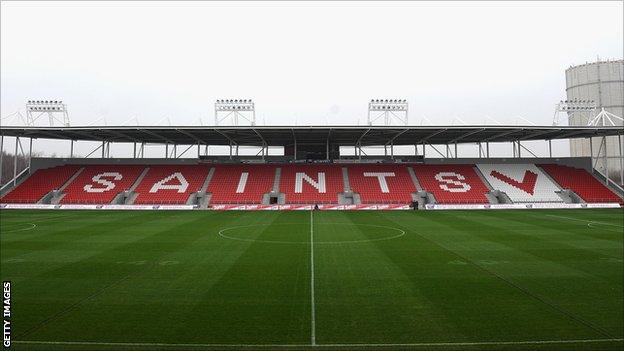 Oldham coach Tony Benson has said it would be a shame if clubs like the Roughyeds were unable to face Super League teams in the Challenge Cup.

Oldham take on St Helens in a fifth-round tie at Langtree Park on Friday.

"For players, it's their chance to play against Super League opposition," Benson told BBC Radio Manchester.

"It doesn't happen without this competition. If they took that away, it would take a lot away from playing rugby league at our level."

He continued: "It adds a lot to rugby league in Great Britain and it's a very important part of the game.

"It's also a big day out for the fans too, at a stadium that they wouldn't normally go to, and financially it's become very important.

"The Challenge Cup serves a lot of purposes for clubs like ours and I'd be really upset if we weren't involved at this stage in the future."

Several Super League clubs were massive victors over lower-league opposition in the fourth round, although there was one shock result as Featherstone beat Castleford.

Wigan assistant coach Iestyn Harris has said he does not want the format of the competition to change, despite seeing the Warriors beat North Wales Crusaders 98-4.

Championship One club Oldham were drawn at home in round five, but were forced to switch the tie to Langtree Park due to worries about the facilities at Whitebank.