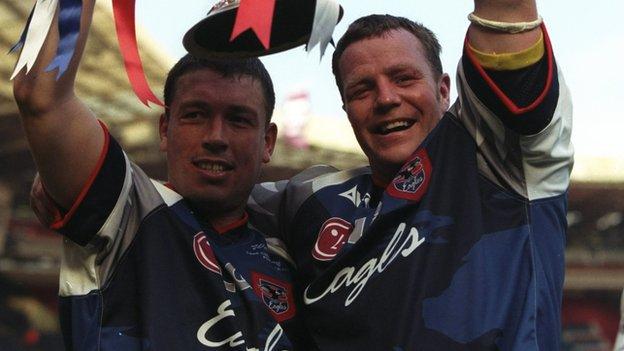 Sheffield Eagles head coach Mark Aston says his side will look to frustrate Catalan Dragons when the two sides meet in the Challenge Cup on Saturday.

Aston, who won the competition with the Eagles in 1998, guided his side to a 50-12 win over fellow Championship outfit York in the last round.

"They're big and they're strong but if you stand up to them they back down," he told BBC Radio Sheffield.

"Sometimes we've got to look to frustrate them."

He added: "We know what it can be like there, it can be hostile and the fans make a lot of noise.

"What we need to do is turn the fans from being hostile towards us to getting on their own players' backs."

The Eagles were beaten by Featherstone in the Championship Grand Final last season but have made an indifferent start to their league campaign this time out, winning three and losing two of their first five matches.

Aston acknowledges that his side are in for a tough game against the side placed fourth in Super League.

"They're a quality team. Last time they played at home they took Warrington to pieces," he continued.