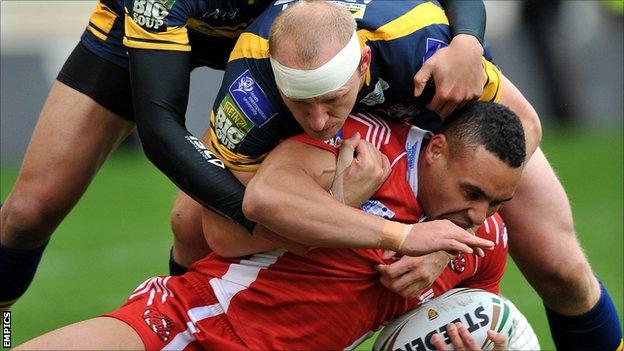 Salford coach Phil Veivers was "really annoyed" after seeing his team bow out of the Challenge Cup to Leeds Rhinos.

The Reds were 10-6 ahead with 16 minutes to go, but conceded two late tries in their fifth-round tie and eventually fell to a 16-10 defeat.

Salford looked on course for a surprise victory when Jodie Broughton crossed over to give the hosts a four-point lead early in the second half.

But late tries from Ben Jones-Bishop and Shaun Lunt ensured Leeds would be in Tuesday's quarter-final draw.

Veivers continued: "At 10-6, we knew that wasn't going to be a winning score. You can't stop playing and, sadly for us, that's what the team did.

"We couldn't get out of our own half and then our kicking game went to ruin as well."