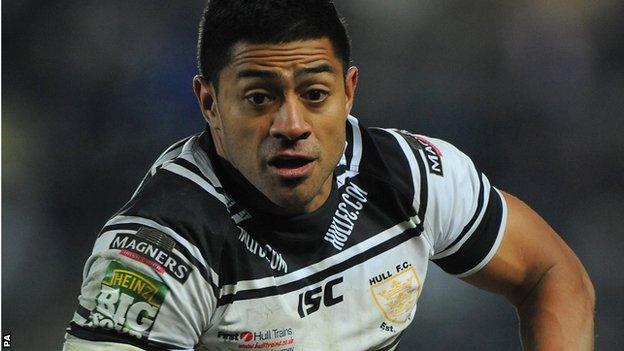 Hull FC have confirmed that Tongan forward Willie Manu is to leave the club at the end of the season after contract talks broke down.

Director of rugby Shaun McRae told BBC Radio Humberside earlier this month that the club had made the 32-year-old an "extremely good" final offer.

McRae told the club website: "We're disappointed Willie has decided to finish his career away from Hull FC."

"He has been a good servant to the club and a popular player with our fans."

Manu joined the Black and Whites from Castleford in 2007 and won the club's player of the year award last season.

He has made 12 appearances and scored five tries this season.