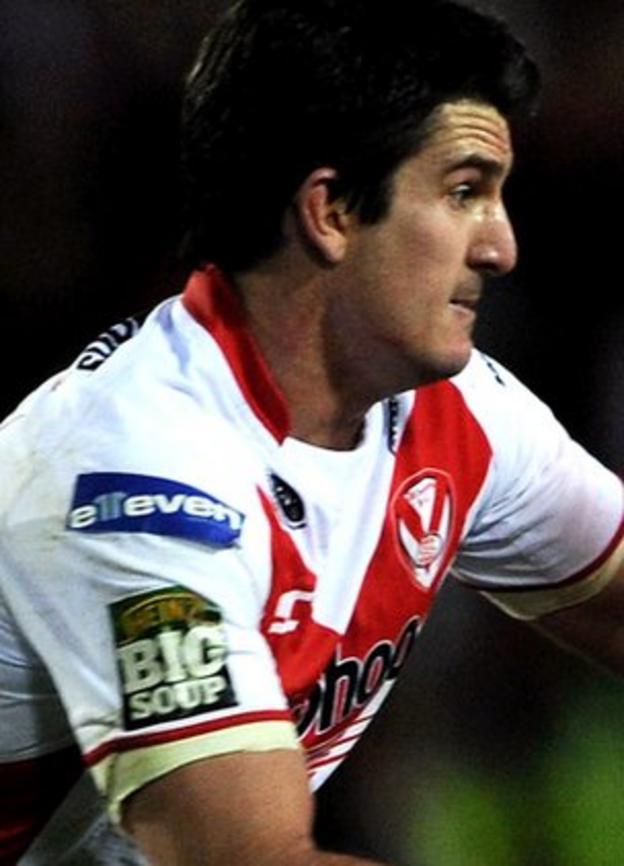 Chris Flannery led the way with a hat-trick as St Helens ran in eight tries to see off Wakefield.

Flannery scored twice in eight second-half minutes to complete his hat-trick before further tries from Tommy Makinson and a James Roby interception.

Wakefield managed a try in each half through Dean Collis and Peter Fox.

Lomax's kicking spared Wakefield a bigger defeat but Saints cannot afford to be so wasteful with the boot when they visit the DW Stadium next Saturday for their Challenge Cup quarter-final clash with Wigan.St Helens 38-12 Wakefield

Saints had hoped to have England forward Jon Wilkin back for that after the shoulder injury sustained at Wigan on Good Friday - interim coach Mike Rush's only defeat in seven matches since the departure of Royce Simmons.

But Wilkin failed a fitness test, although Aussie forward Anthony Laffranchi returned after missing the 76-0 cup romp over Oldham which set up next weekend's latest derby showdown.

The Wildcats, who shipped a combined 98 points in their two league defeats to Saints last season, were returning to action after a weekend off following their fourth-round cup loss at Leeds.

They opted to leave out Isaac John and also Paul Johnson against his old club despite clearing a two-match ban.

Andy Ellis stepped into the pack for Oliver Wilkes, who suffered a damaged thumb in an outstanding display in the win over Salford a fortnight ago.

"The forwards may have scored five of our eight tries because we have somebody as quick as James Roby at dummy half. He creates space for others and although I may be biased reckon he has to be contender for Man of Steel. He's the best player in Super League, week in and week out.

"But we also had a fair bit of joy through the middle and are gaining a bit of form and playing the way we want to play. If little Jonny Lomax had kicked the goals it would have been a bigger win. But we conceded two tries and can do better.

"Sia Soliola is big, fast and aggressive and the complete player at the minute. He is causing plenty of problems for opponents."

"We started okay and competed well in the first 20 or 25 minutes. Then they got a roll on and picked up the tempo. We then struggled to win the collisions and contact in the middle.

"I thought the game could really have got away from us at one stage but we kept plugging away and that was pleasing.

"They scored tries either side of half-time and we lacked quality on our last plays and there was some confusion at dummy half."