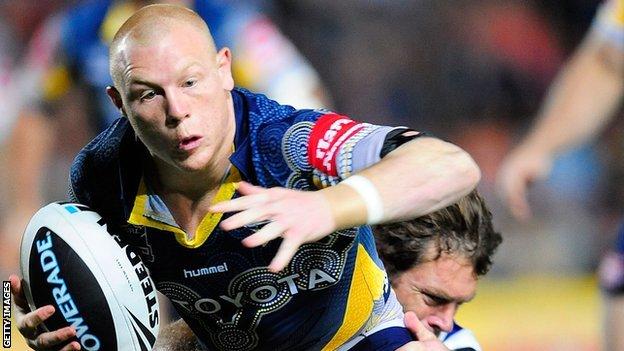 Anthony Watts has agreed a new one-year deal with Widnes Vikings up until the end of the 2013 season.

The 25-year-old half-back or hooker has played for Cronulla Sharks, North Queensland Cowboys and Sydney Roosters.

But he suffered a season-ending injury just 10 minutes into his Super League debut against Salford in February.

"Despite only being here for six months or so, I've fallen in love with the club and its passionate supporters," Watts added.

"I genuinely believe that Widnes Vikings will be a huge force within the next few years and I want to be a part of that. This is the happiest I have been in a long time and I'm keen to repay the faith shown in me."

Director of rugby Paul Cullen added: "Anthony's dedication to recover from injury and his conduct have been exemplary."