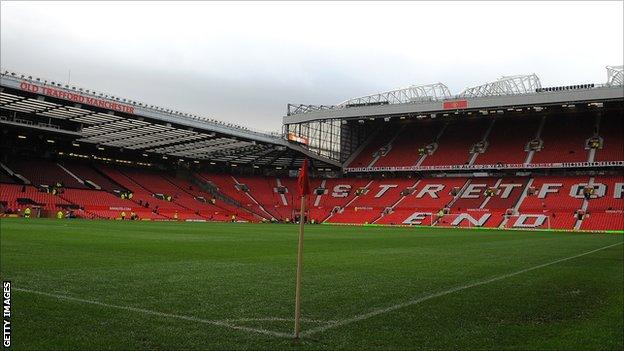 Old Trafford will host the final of the Rugby League World Cup in 2013.

The final will take place on 30 November, while both semi-finals will be played at Wembley.

Old Trafford, the traditional home of Super League's Grand Final, also held the last World Cup Final to be played in the UK in 2000.

Organisers announced in March that Cardiff's Millennium Stadium will host the opening ceremony and the first two matches on 26 October next year.

Co-hosts Wales will get the tournament under way against qualifiers Italy, followed by England's clash with favourites Australia.

Wembley hosted a double-header during the 2011 Four Nations and is a regular venue for the Challenge Cup Final.

"It's a stunning venue and has hosted some famous World Cup games in the past," said RLWC 2013 general manager Sally Bolton.

"Having two matches back-to-back will make for a wonderful day of rugby league, with the four top teams going hammer and tongs for a place in the World Cup Final.

"We know Old Trafford very well too, a venue that always delivers a fantastic Super League Grand Final for us.

"Holding the final there will allow the rugby league community, the people of the North West and we hope many new fans to witness a fantastic spectacle."