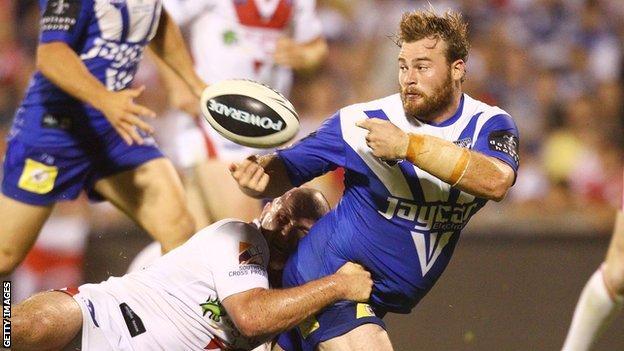 London Broncos have released prop Jarrad Hickey from his contract.

The Australian was not registered to play for the Super League side as he was their sixth non-Federation player, with rules only allowing five.

Hickey, 26, had originally signed for the Broncos in September last year after eight appearances for Wakefield.

A club statement said: "We have worked with the player and his management to try and secure either registration or loan with another club."

It continued: "This has proved unsuccessful and so by mutual consent Hickey has been released.

"The club would like to wish him well in the future."