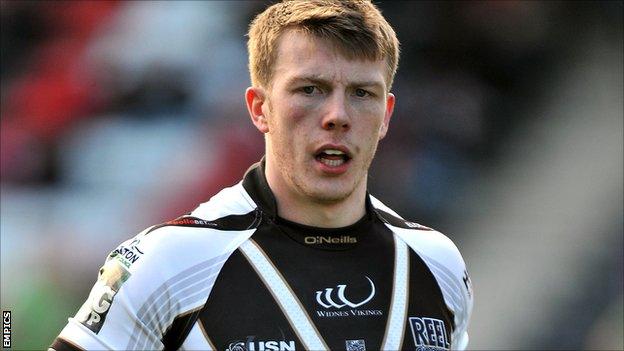 Widnes winger Paddy Flynn wants a return to the form that saw him score six tries in the first seven Super League matches of the season.

"We've had some inconsistency in the team structure in the past few weeks and I think that might have had an effect," he told BBC Radio Merseyside.

"Hopefully I can get back into the routine of scoring tries because it hasn't been the best lately."

Widnes, who are currently bottom of Super League with only two wins to their name this season, take on Castleford on Monday.

Having already been knocked out of the Challenge Cup, the Vikings have had a fortnight to stew over their 62-0 hammering at the hands of St Helens in their last outing.

"The lads have been regrouping," added Flynn, who is in his first year as a full-time professional and signed a new contract in April.

"We've had a lot of good training sessions in the last two weeks and we're in high spirits. We've recharged our batteries after that Easter period."