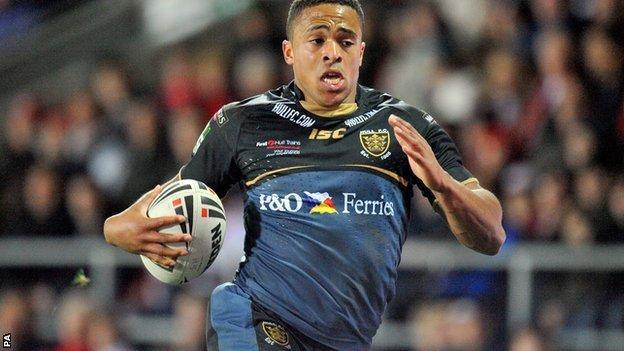 Hull FC centre Jordan Turner will not be rushed into signing a new deal at the KC Stadium.

Director of rugby Shaun McRae revealed last week the club had offered the 23-year-old, who is out of contract at the end of the season, a three-year deal.

He told BBC Radio Humberside: "I'm just concentrating on my rugby. I'm not one to just jump straight into a decision.

"I like to think things out and consult my family. When the time's right, I'll decide."

Turner has made 55 appearances for the club since joining the Black and Whites from Salford in 2009.

After a frustrating campaign last season, Turner believes he has improved as a player over the last year.

"I think people mature at different ages. Sam Tomkins was a superstar at 18 but not everybody is going to be like that," he continued.

"I just needed a bit of time but hopefully I can kick on from here. As you play more games you get more confident."