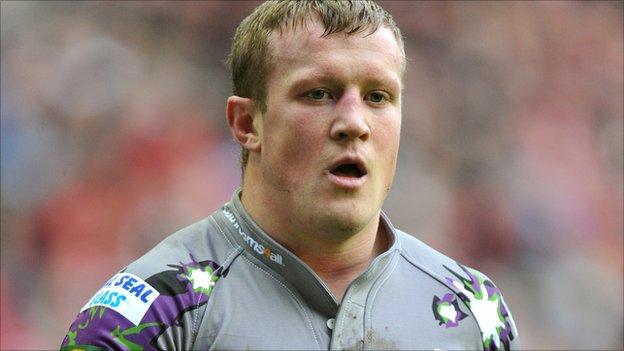 Huddersfield Giants coasted into a following a nine-try demolition of London Broncos.

Kieran Dixon put London ahead, but Aaron Murphy, Greg Eden [twice] and Larne Patrick went over to establish a Giants lead in the first period.

Luke Robinson bagged a brace to exert control, Murphy added a second, while Scott Wheeldon went over for Broncos.

Jermaine McGillvary and Dale Ferguson added to a convincing win.

Huddersfield, who have had four semi-final appearances in the last eight seasons, were confident of progress on home turf with 10 wins in 13 Super League games this term.

In contrast London had recorded just two league wins all season, and were only kept off the bottom of Super League by newcomers Widnes on points difference.

But it was Rob Powell's side who opened the scoring as David Howell provided the platform to put pacy winger Dixon in at the corner, although Michael Witt pulled his kick wide.

That try shook Huddersfield back into life, and Murphy finished off a run by Joe Wardle to slip over, Danny Brough uncharacteristically missing his kick.

Eden followed up that effort with a solo run, slipping through London shirts to score, Brough this time on target.

Dixon brought London another try, again darting in to stun the hosts, but Giants were easing into control, and Patrick showed power to break through a gap, taking advantage of Michael Lawrence's strong run, before Eden picked up a second after Brough's delightful break.

Robinson added the first try of the second-half after the video referee adjudged there was no knock-on from Kevin Brown earlier in the move, and scored again soon after with Brown again playing a key role.

Wheeldon added a third London try, Witt this time nailing the conversion, but in response Murphy made the most of the gaps in the London line to romp home for his second of the game.

McGillvary ran in another try with little over quarter of an hour still to play, and only video referee Richard Silverwood stopped Leroy Cudjoe from adding to London's troubles.

Ferguson ensured Giants crossed the 50-point mark, and cap a smooth passage into the last four.

"Whoever you were going to draw after today, they were the top four or five sides. They are all very good teams. The thing is it's nine weeks away now and you don't know how different sides are going to be playing or who's going to be fit.

"It was a solid performance. "I thought it was [Luke Robinson] Robbo's best game for a while, I thought he was really good for us.

"We've got our name in the hat and that's what it's all about. We got the result we needed and the boys are 80 minutes away from trying to lift the trophy again."

"I thought it was a pretty average first half. Neither team played that well, neither team grabbed the game by the scruff of the neck.

"We had a good opportunity and we should have shown bit more urgency and a bit more energy and grabbed it. We had enough opportunities in the first half to make things happen but we didn't play smart enough with the ball.

"Our energy levels were not high enough today."