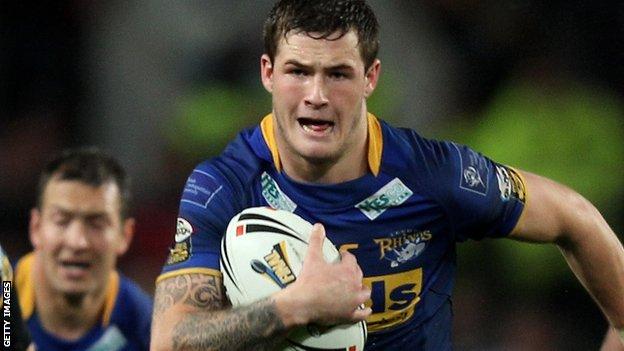 The 20-year-old has scored 13 tries in 15 appearances this season and will now remain with the Headingley side until the end of the 2016 season.

He told the club website: "There are a lot of things I need to work on but a long-term deal gives me the confidence and time to reach my potential.

"Hopefully over the course of this new contract I can show the club, fans and hopefully my country what I can do."

Boss Brian McDermott added: "Zak is one of the most exciting young British players in our game and we are delighted to reward his progress so far with a new contract.

"He knows he still has a long way to go in his career but he has had a fantastic start and we will continue to work hard with him so he can fulfil his potential as a world class player."