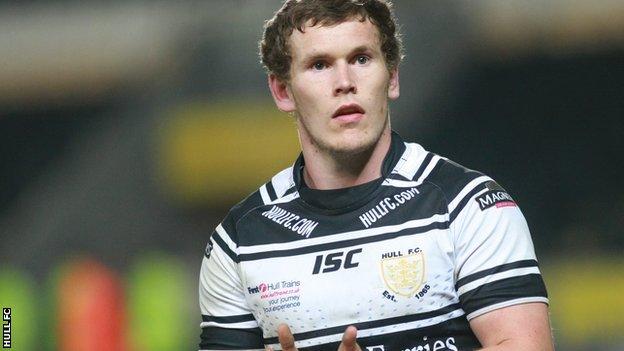 The 22-year-old has made five appearances for the Black and Whites first team, with four of those coming this season.

"It's great for me. I've been at the club for three years and it's been good to get some Super League action," he told BBC Radio Humberside.

"I just to get more game time and cement my place in the team and kick on from there."

He added: "Peter Gentle hasn't been afraid to show confidence in the youngsters so we've had our chances in the first team.

"We've had luck really because of the injuries to the senior players but he's backed us by putting us in."