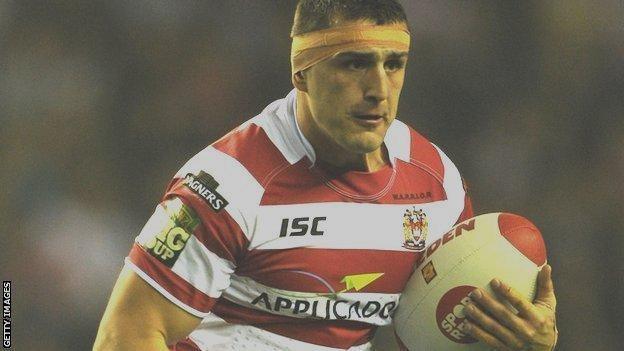 Wigan Warriors will be without prop forwards Ben Flower and Paul Prescott for up to six weeks because of injury.

Prescott damaged knee ligaments in the Challenge Cup victory over St Helens, while Flower hurt his hamstring playing for the Under-20 side at the weekend.

"Sadly those two are out, but it gives a chance to some of our younger players," Wigan coach Shaun Wane told BBC Radio Manchester.

"I put pressure on our junior coaches to make sure they're up to speed."

The Super League leaders are likely to call on Gil Dudson and Dom Crosby for Friday's trip to second-placed Huddersfield.

Another front rower, Epalahame Lauaki, was knocked out during the first half of the Challenge Cup tie and is being monitored by Wigan's medical staff.