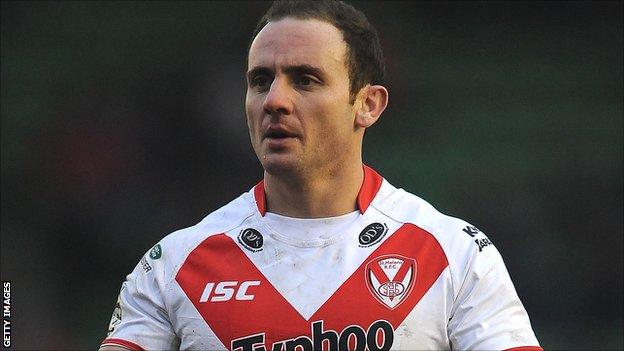 Lance Hohaia has said St Helens are fully focused on winning the Super League after being knocked out of the Challenge Cup by rivals Wigan.

Saints are sixth in the table and travel to champions Leeds on Monday.

Half-back Hohaia told BBC Radio Merseyside: "In the last four or five weeks we've made some good steps in terms of our team performances.

"It's disappointing to be out of the cup, but the Super League is up for grabs and there's a long way to go."

It has been a mixed campaign so far for St Helens, but one of their best performances and results came against the Rhinos in March.

Saints won 46-6 at Langtree Park, in their first match following the departure of coach Royce Simmons.

"We played them six or seven weeks ago and we did a really good job against them," added the 29-year-old New Zealand international.

"I think it's going to be a different story this time around. They'll be ready for a battle, and losing to Wigan last weekend will put us in good stead for that."

The Challenge Cup quarter-final defeat by Wigan on Saturday ended a run of five straight victories in all competitions for Mike Rush's side.