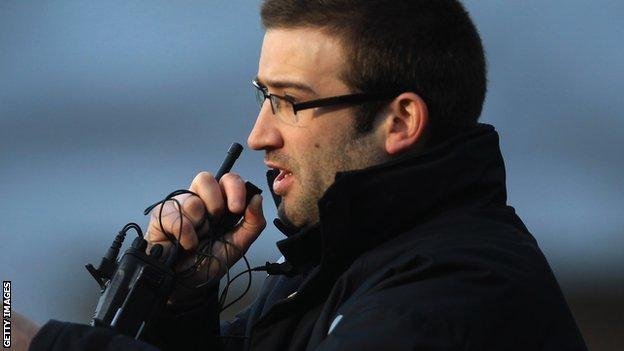 The Super League side played at Leyton Orient's Brisbane Road earlier this month and face Hull FC at Gillingham's Priestfield Stadium on Sunday.

He told BBC London 94.9: "It's an away day. It's good we take the game to new places but we have to travel the morning of the game.

"It takes away a bit of our advantage from a performance perspective."

He added: "It's good we showcase ourselves in Kent, where there are good things going on with the Medway Dragons, but it is another away day."

The game in Gillingham will be the Broncos' second game to be staged away from their usual south-west London base.

A crowd of 2,844 saw Powell's side beaten by Bradford Bulls at Leyton Orient's ground over the May bank holiday weekend.

Broncos centre Tony Clubb, who hails from Gravesend, believes that playing a Super League game in his home county can win the sport new fans.

"They say rugby league is a northern sport but we've got the London Skolars and the Dragons.

"I hope it can inspire kids to come and play. It's a fast sport, high impact and an all-round great game to watch."