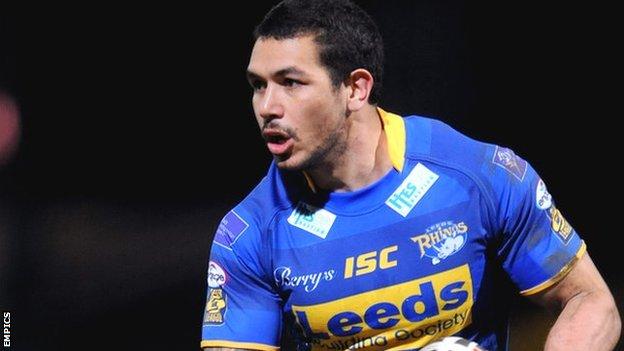 Leeds Rhinos have announced that full-back Brent Webb is to leave the club at the end of the season but prop Kylie Leuluai is to play on.

Webb, 31, joined the club from New Zealand Warriors in 2006, but turned down the offer of a new one-year deal.

Leuluai, meanwhile, has had a change of heart after previously suggesting this would be his final season.

"We were pleased to speak to him and agree a new deal," the club's chief executive Gary Hetherington said.

"Leeds fans have always loved their prop forwards, especially those who set the tone for the team with their actions on the field, and Kylie is certainly in that company."

Hetherington believes Kiwi international Webb is looking for a two-year deal with another Super League side.

"We are not in a position to offer him that and therefore we have granted him permission to speak to other clubs about next season and beyond," he added.